skip to main | skip to sidebar

Same-Gender Marriage Coming to Pennsylvania? Answer in a Letter! 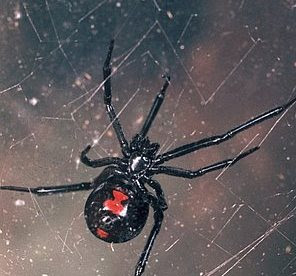 Attorney General for the state of Pennsylvania, Kathleen Kane, has stated that she will not oppose efforts to overturn the present ban on same-gender marriage in the Commonwealth. Part of her flawed reasoning is the issue of inequality and from her perspective same gender couples should have the same "rights" and privileges as do heterosexual couples who have been legally married in the state. A lawsuit has been filed which will challenge the existing law that bans same-gender marriage. --- Source: Johnstown Tribune-Democrat for Friday, July 12, 2013

Will same-gender marriage ever take place in the Commonwealth of Pennsylvania? Yes, it is simply a matter of time for a number of reasons.

The sodomite/lesbian juggernaut continues to aggressively move forward winning victory after victory. Some states have already passed legislation legalizing same-gender marriage and others are under extreme pressure to do so. It’s like watching the childhood game of standing dominoes on end next to each other, pushing one over against a second one, and watching them fall one by one.

Not only are states capitulating but church groups are doing a similar shift. In at least one mainline denomination there are clergy who have vowed to violate the denomination’s position on same-gender sexual practices by doing same-gender marriages!

It is a fact that our culture has defied Almighty God’s position on the value of human life and moral responsibility. This has resulted in an overwhelming flood of immorality taking place. All ages are adopting a philosophy of “Sex is fun with anyone, or more than one at the same time, anywhere and at any time.”

The ruins of the ancient cities of Sodom and Gomorrah are a mute reminder that God will not be mocked. At this point in time there is no remorse that we have consistently violated His standards for a stable, serene, sensible, secure, and saintly society!

Is anyone willing to make a sign that reads, “Here lies another nation that thought it could establish its own moral standards and survive!”? A very qualified person to do this would be Kathleen Kane, Attorney General of Pennsylvania, who has said she will not oppose efforts to overturn the present ban on same-gender marriage in the Commonwealth. As is the case with a growing number, she will discover too late that God’s standard and boundaries for marriage between one male and one female have not changed since the time He put a mighty universe together by spoken command!

NOTE: Copies were sent to the Johnstown Tribune-Democrat, the Altoona Mirror, the Punxsutawney Spirit, and the Indiana Gazette. The one sent to the Johnstown T-D was not quite as long and did not contain a reference to the PA AG, mainly because it made the letter over 250 words and the T-D is quite legalistic about that number :-(

Are they ashamed that they have committed abomination? Nay, they are not at all ashamed, neither know they what it is to blush. Therefore they shall fall among them that fall; at the time that I visit them they shall stumble, saith Jehovah. Thus saith Jehovah: Stand in the ways and see, and ask for the ancient paths, which is the good way, and walk therein, and ye shall find rest for your souls. But they said, We will not walk [therein]. Also I have set watchmen over you:—Hearken ye to the sound of the trumpet. But they said, We will not hearken. --- Jeremiah 6:15-17 (Darby Translation)

Posted by PA Maverick at 2:27 PM No comments: Links to this post

Labels to Help You Move Around This Blog

At the bottom of this column is a label list -- it's not quite a dictionary, but almost! This list will assist you in checking postings on various subjects. Be aware, it's a bit of a hike to get down to it -- along the way are various subjects with links plus then and now photos to tickle your funny bone, and then you go past the weather station, that tells you what weather we having in the expansive metropolis of Belsano PA and then just past the Methodist Blog Net Ring -- whew -- what a trip!!

Time is running out!

We are but one heartbeat away from eternity at any given time!

The Beauty of a Rainbow

Always reminding us that
God always keeps His
unfailing promises!

Getting Back to Circuit Rider's Range

If you came here from Circuit Rider's Range, you can return by using return feature on your web browser or click on either

Circuit Rider's Range to return to the main area,

or on Ramblings from the Pen of a Maverick... to return to the Ramblings area.

or on Building Walls with Untempered or Tempered Mortar to return to the Walls area,

As you go down this column, you will find subject headings with links on a variety of topics. At the bottom of each web page you visit will be a return link to this BLOG area.

The Most Important Question You'll Ever Have to Answer in Your Lifetime!

That question is, "What have I done with Jesus Christ?"

If you are a bit unsure as to your answer on the question, take a close look at

How to Become a Christian

God wants us to live in a state of peace with Him, have assurance in facing the everyday challenges of life, and possess a rock solid hope, not only for time, but for eternity!

Only Christians can live on a daily basis with such confidence in a world that is unraveling at the seams and faces a scheduled future judgment from Almighty God!

Fond memory: At about that age being bounced on the knee of his pastor at a prayer meeting held in his parents' home.

Getting Involved Beyond Muttering & Grumbling!

Are You Helping to Drive the Nails? Is That a Hammer I See in Your Hand?

For Serious Thinking in Chaotic Times!

Cousins Clayt & Keith chalked up a lot of good memories together when young -- Keith eventually graduated from Penn State University -- he had an impressive career with Westinghouse in Baltimore MD, including the obtaining of patents in his work as an electrical engineer. He was also the best man at Clayt & Jean's wedding. But in 1947 neither had given any serious thought to the prevenient grace of God!

A Word of Warning!

Certain areas of Circuit Rider's Range contain graphic images of the mutilation and murder of unborn children. This is not suitable viewing for young children or youth. Although honesty dictates that the little tykes are exposed to more graphic blood & guts violence produced by the Hollywood, TV, and gaming industries than what would be very rarely, if ever, viewed by them here!

The comments on the abortion issue are rooted in Bible based revelation on human life and its purpose (See Jeremiah 1:4,5, Psalm 139, and Ephesians 1:3-5) and so stated by the owner of the web site, Clayton D. Harriger.

The stated "green light" position of the United Methodist Church on abortion is found in its Book of Discipline in the section on Social Principles.

Many moons ago, a 16 year-old graduate of Clarion High School in Clarion, Pennsylvania -- and though he did not know it at the time, he had been experiencing the prevenient grace of God!

The Numbers Keep Exploding -- See How They Line Up with Certain Political and Church Leaders!

Read About the Greatest Massacre in United States History!

A maverick in his lean & mean days a few months after surviving a place called Parris Island SC in the distant past! And still ignorant of the prevenient grace of God!

Clayt & Jean - Wedding Day - June 13, 1953 - In the midst of marital bliss, still ignorant of something called the prevenient grace of God!

Clayton & Jean with the brood -- after some years in ministry and still learning and tasting of God's fathomless love and grace!

Clayt & Jean - celebrating over 62 years of marriage - the brood has left the nest -- at last count, 9 grandchildren and 3 great-grandchildren! Cannot find words to express how gracious and merciful our Lord has been and how He has blessed us day by day!

On the Lighter Side - Turn That Frown into a Smile!

A Look at the Maverick

PA Maverick
Belsano, Pennsylvania, United States
I was born and raised in Clarion County in northwestern Pennsylvania on a farm -- left home at age 19 due to enlistment in the U. S. Marine Corps -- married a few months later to Jean -- repented of my rebel and self-centered ways and became a Christian (that is, I received Jesus Christ into my life as Savior and Lord) 2 years after discharge from the USMC -- called by God to preach the Gospel of Jesus Christ -- have been in the work ever since as an ordained elder in the United Methodist Church -- called again by God to set up a web site in 1998 which is at www.crrange.com and known as Circuit Rider's Range. And then to expand on that by means of a BLOG which you see here in this place.

OK, Here It Is, Warts and All Other Beauty Marks!

The 19 year-old Marine pictured above underwent a change from the USMC to the UMC! Now in the 21st Century --- just an old retired Methodist preacher, with all the battle scars to prove it! And continues to experience an overwhelming abundance of God's amazing grace!

A Short Range Pessimist with a Long Range Optimism!

A Potpourri of This 'n That!

Links to Raise Your Blood Pressure!

Come, Sit Down at the Table with Me and Let's Talk!

That Unpleasant Subject of Possible Judgment by Almighty God!

For Better or Worse, This Is The Weather I Am Presently Experiencing!

Have You Been to VerveEarth Yet?

NOTE: At VerveEarth will be links to many blogs and web sites. Please understand that because Musings of a Maverick is linked there does not mean that all the other blogs and/or web sites are endorsed by the "Maverick!" And certainly most all of them likely would not endorse nor approve of Musings of Maverick either! But appreciation is expressed to the CEO of VerveEarth for the invitation to link to the site. His first name happens to be Clayton also!

Look for me on the map of Pennsylvania in the USA -- I'm about in the middle of it. I have my disguise on!